I am old enough to remember when a heaping tablespoon of castor oil was the cure all for  everything.  Constipated?   A week overdue with that baby?  Well, slurp down a tablespoon of castor oil and  everything will slide right on out.  Ugh.  Luckily, there are ways to use castor oil that won’t offend your taste buds, or keep you running to the john for hours.  Here are  Survival Uses for Castor Oil Nobody Told You About. 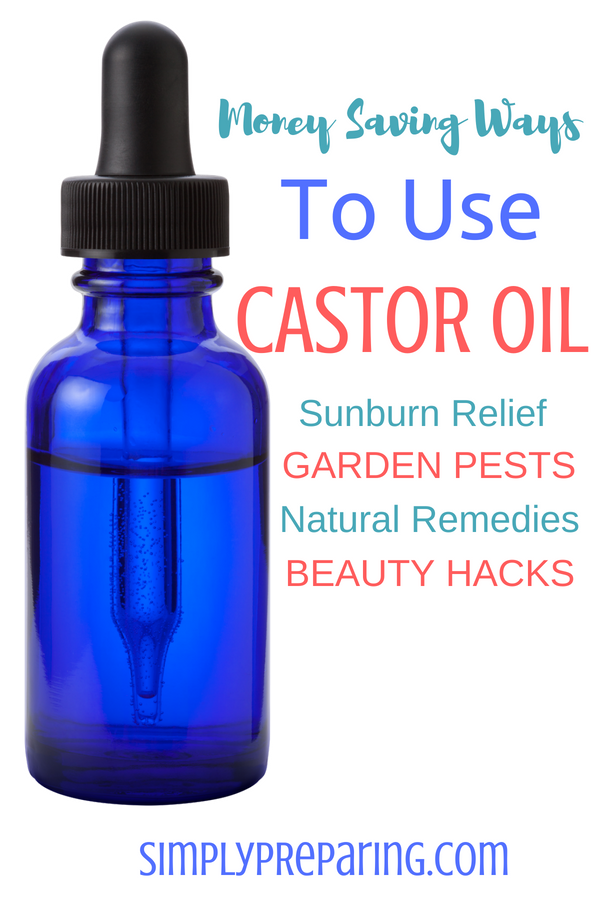 What IS Castor Oil?

Castor Oil is made from the seeds of the castor plant. You  find castor oil in immunosuppressive drugs, chemotherapy drugs,  ointments and skin treatments.  As a matter of fact, add a bit of castor oil to a batch of cold process soap and increase it’s lather!

What Is The Shelf Life Of Castor Oil?

Because of it’s long shelf life and low price tag, castor oil should be a staple in your survival prepping. It will stay fresh for  five years. Pretty impressive, eh?  BTW, this is *this post contains affiliate links the best price on Castor Oil I’ve found!

*Treat external hemorrhoids. Soak a cotton pad in castor oil, then leave on the affected area for 15 minutes.

*Castor Oil for Lip Balms :Replace the oils in your lip balm recipe with half castor oil and half coconut oil, for dry chapped lips.

PRO TIP: All Natural Lip Balms are sort of our thing!  You may enjoy these homemade lip balm recipes:

*Using a cotton swab, dab castor oil on to pimples at night. As it penetrates into the skin, it fights bacteria overgrowth that cause acne.

Uses For Castor Oil In The Kitchen and Home

*Lubricate kitchen tools. Since castor oil can be ingested, it’s an ideal lubricant for anything that comes into contact with food, like kitchen shears.

*Actually, uses for castor oil in the home are many, as you can use it to lubricate with no worries about kid or pets as it is non-toxic!

Uses For Castor Oil The Garden

Send voles, moles and armadillos on the run with castor oil. Now, castor oil won’t kill these pests, but it’s horrible smell and taste will encourage them to find new homes!

Mix 2 parts castor oil and 1 part *this post contains affiliate links all natural liquid soap. This will be your MASTER BASE.

Next, take 2 Tablespoons of your MASTER BASE and mix it with a gallon of water.  Finally, spray directly on the SOIL in the affected areas. You’ll need to do this weekly to see the best results. Safe for pets and kids!

Pro Tip:  Looking for more non-toxic applications for the garden?   Check out our Homemade Garden Bug Spray With Essential Oils

Hopefully, you know understand the benefits of always having a bottle or two of castor oil on hand! What are YOUR uses for castor oil?

I love organic gardening with essential oils.  Therefore, anytime I can address fungal threats and pests with non-toxic, chemical free alternatives, I’m a happy gardener.  Let’s explore all the ways we can effectively use essential oils in the garden.

The woodsy scent of Rosemary may help repel garden pests. Simply put a drop or two on a few pieces of broken clay pot and scatter the pieces around your garden.  You’ll need to reapply the Rosemary essential oil to the clay pieces every few days, or after a rain.

The sweet scent of peppermint essential oil sends aphids, flies, and spiders running in the opposite direction.  Our DIY Peppermint Essential Oil Garden And Home Spray is easy to make! 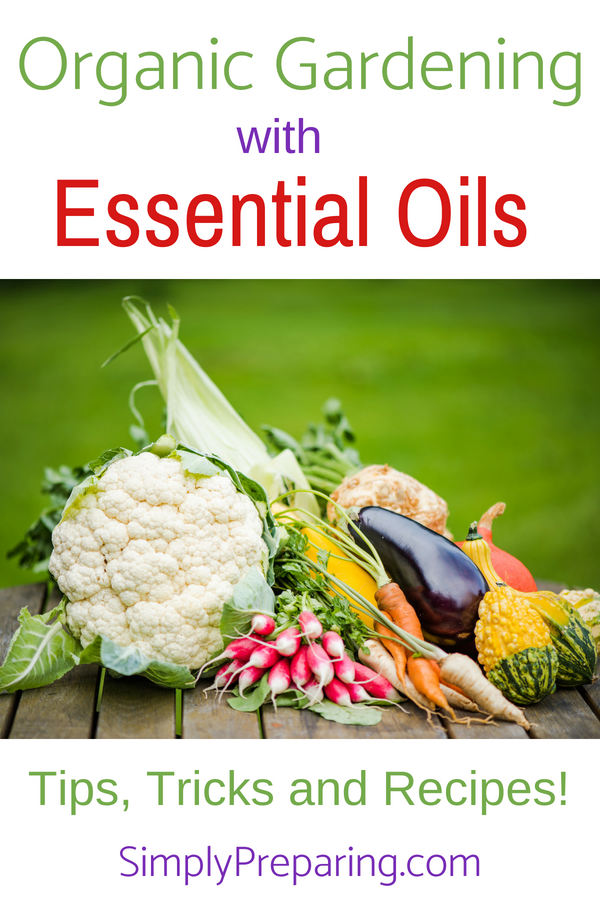 Use 4 drops of Peppermint essential oil per 2 ounces of water in a spray bottle on the leaves of plants. Shake often. You can even use this spray indoors around your baseboards and doorways to get rid of spiders.

PRO TIP:  Want to learn more about organic gardening?   I LOVE this book by Barbara Ellis,
The Organic Gardener’s Handbook of Natural Pest and Disease Control.

Unlike the easy peppermint essential oil garden and home spray above, our DIY Organic Gardening Essential Oil Bug Spray is meant to be sprayed directly on bugs.    I’m adding this to my arsenal of squash bug defense this year.  Ugh.  Squash bugs.    I’m an organic gardener and do NOT want to have to resort to chemicals to control the squash bug population.

The D-limonene found in orange essential oil is harmless to humans, but deadly to most insects.
Because D-limonene  dissolves the waxy coating on the exoskeleton of insects, they die of  asphyxiation and dehydration.

Virginian Cedarwood’s claim to fame in the bug killing business is it’s ability to disrupt octopamine, a compound that pheromone bugs need to live. Consequently, Cedarwood is bad news for ticks and fleas, but safe to use around kids!

In a 16 ounce spray bottle, combine the following:

Unlike the Peppermint Essential Oil Garden Spray above, this gets sprayed directly on the bug, not all over the leaves.  It may take a moment before they die, but dead they will be.

Have you been thinking of using essential oils in the garden? Need to order a couple to get you started?  Here’s how you can order Young Living Essential Oils, like I use.

If you are interested, I’m running a special deal on your first order of a Young Living Premium Kit.  I’ll refund you $25.00 either in the form of an Amazon Gift Card or Pay Pal.  I also provide you with weekly information via email to help you build a solid foundation with your new essential oils.

How do you use essential oils in the garden?

Pro Tip:  Are you new to gardening?  Check out our Beginning Backyard Vegetable Gardens post! 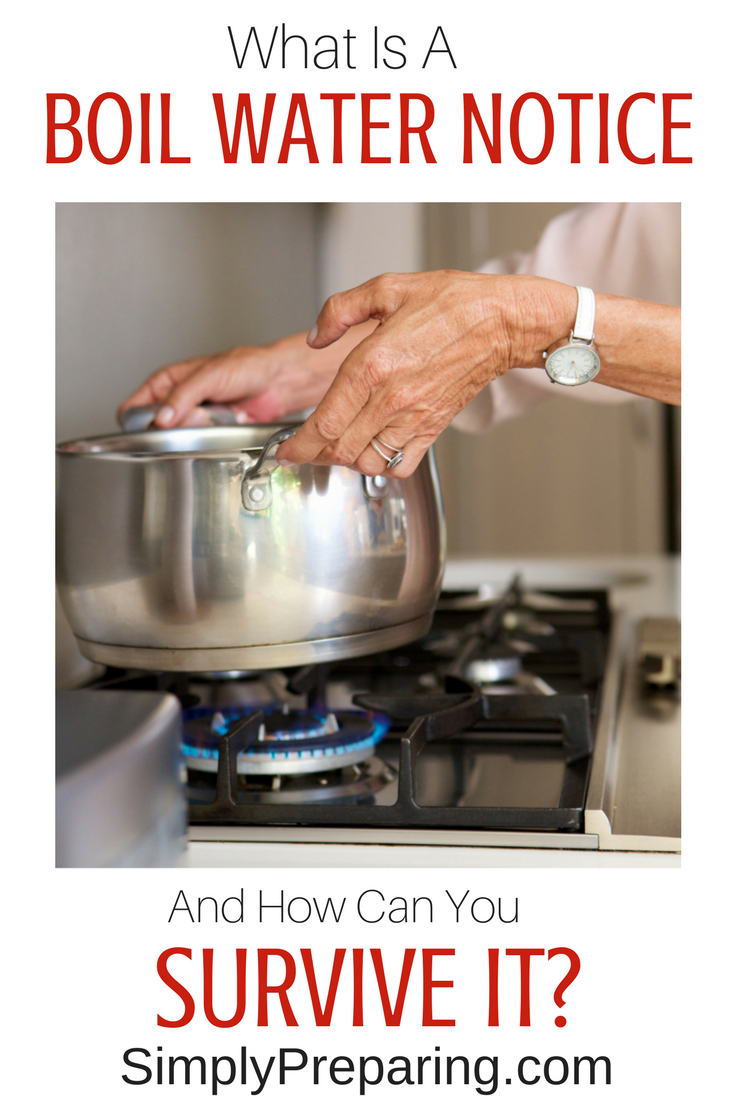 A boil notice is issued when a municipal water provider detects dangerous pathogens and microorganisms in the water that can make us sick.  Other END_OF_DOCUMENT_TOKEN_TO_BE_REPLACED 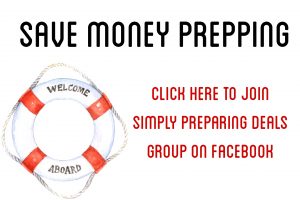 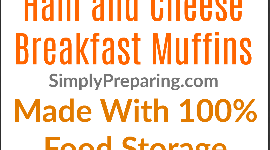 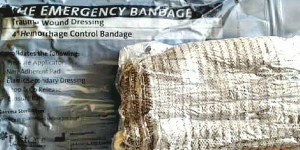 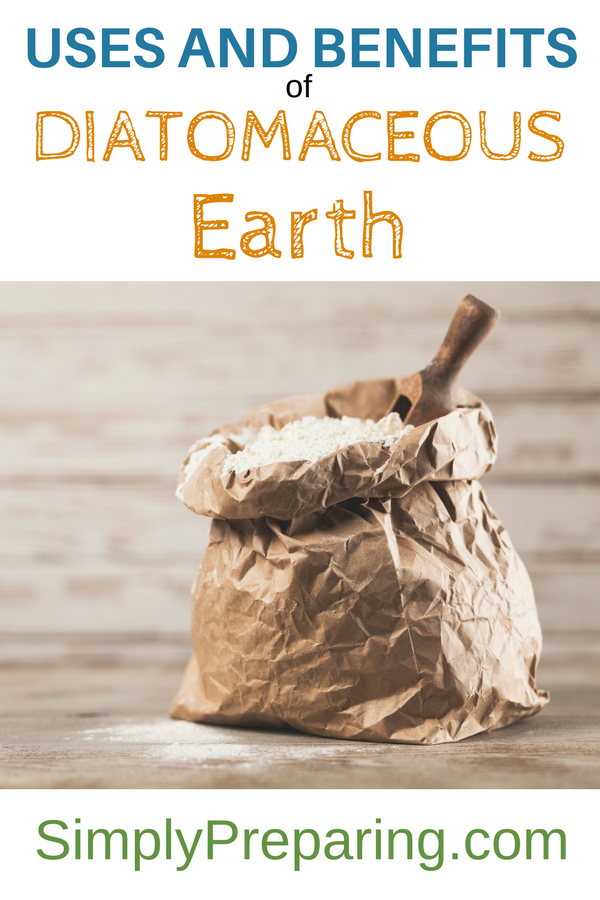