Potatoes are cheap, store well, and are easy to find thus making them a great friend of preppers. Recently 10# bags of potatoes have been on sale for $1.99 in my area leading me to search for many ways that prepping with potatoes can be done. Here is how I have been using these sales to further increase my food stores.

Prepping With Potatoes – Dehydrating and Freezing 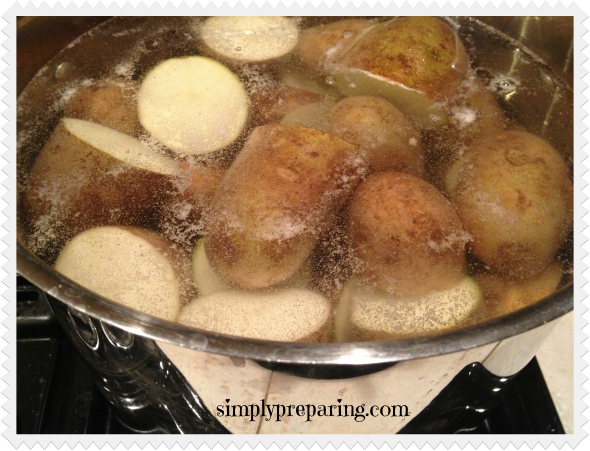 Big mistake. I should not have cut them. This was my first time dehydrating potatoes for hash browns so I followed the advice on one of my favorite sites, Dehydrate2Store. The next time I do this I will peel them first with my apple peeler and leave them whole and hope that makes it easier for me. Cutting them in half allowed them to boil too softly which made grating them a bigger chore than it should have been.

I used half of this batch to dehydrate shredded potatoes into hash browns. I had mixed some yellow potatoes in which the 10# bag of russets because I had a few sitting around that I did not want to go bad. I store these in vacuum sealed jars. I don’t like the bags or mylar for these because they are pokey. These are considered a long term food storage option if packed in mylar with oxygen absorbers, estimated to last 20 plus years. 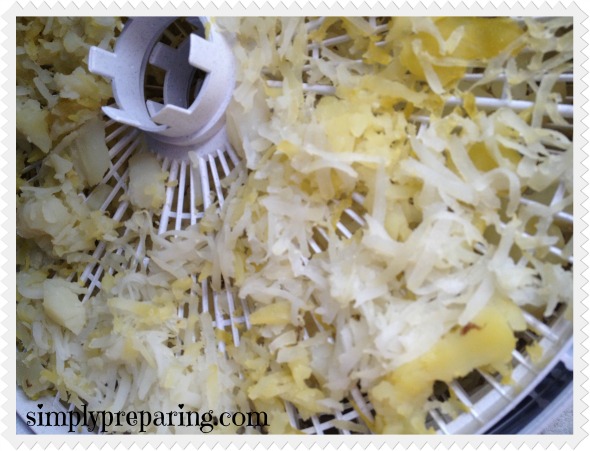 I experimented with half of the batch doing what Nasreen of RamblingStump.com suggested on our facebook page (you are friends with us there, right?). Nas shared that she typically stores her potato bumper crop by:

I like to scrub them, dice them up and shake them with paprika onion powder salt & oil. Then I freeze them to make homefries with later. I haven’t had an issue with browning while freezing. The oil is just me being lazy. Then they can go straight into the pan & cook without having to do anything else.

I did this as a trial so I skipped the foodsaver bags but here is how mine looked. If it turns out well after tomorrows breakfast I will make a new batch and freeze them in foodsaver bags.

Prepping With Potatoes-Storing and Growing

I was telling Tammy about this post and she reminded me that she had a great post on how to store potatoes through the winter on Parker’s blog. Click over to see how she uses cedar shavings to keep them fresh.  I have also seen some great ideas on building root cellars on Pinterest that I will share next week.

I often take gardening classes in the winter and a few years ago one of the skills I learned was how to grow potatoes in garbage cans. Potatoes are one of the easiest plants to grow and you can use a standard garbage can or 5 gallon bucket. Ideally you want to start with organic ‘potato seeds’ which is really just cut potatoes revealing the eye’s to start the plants. In a non ideal situation though, any potato you have can be cut into “seeds”. They take roughly 140 days to produce plants but one eye can be quite prolific. It would be best to always have 1-2 (or more) containers going in rotation. 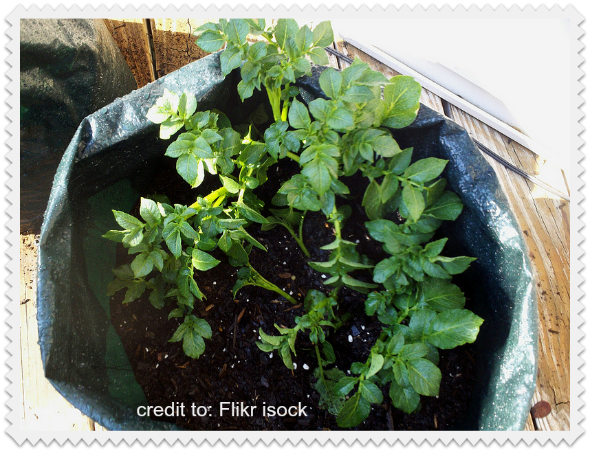 If you are unfamiliar with growing your own potatoes, this is a great video to get you started. Remember, growing food takes practice. You can’t expect to become a master gardener in one season and with the cost of food going up like crazy it makes sense to start growing as much of your own food as possible! This is one you can do in a small amount of space with a big impact.

Prepping on a Budget: Group Co-ops
Next Post: Creating A Support System for Personal Emergencies and Disasters